The Cartersville High boys cross country program has had three teams since 1993 with seven runners posting times under 18 minutes — the two previous teams won state championships, and the most recent team to do it is this 2018 squad.

The Canes won’t win a state title this year, but they did qualify for the state championship meet for the 33rd consecutive season with their second-place finish at the Region 5-AAAA championship meet Thursday in Douglas County. The girls didn’t too bad, either, placing third. They will accompany the boys to Carrollton for the state meet on Nov. 3.

“We kept that streak alive and that’s good,” Cartersville coach David Matherne said of the boys making state again. “And the girls have made it 29 out of 31 years. So that’s an impressive streak. I’m really proud of our teams. One team just passes the baton to the next, and we commit to excellence here at Cartersville. I think our kids just really do that. It’s not just something written on the wall. It’s something they practice in the classroom and practice at every athletic venue.”

Matherne was hoping for region titles for both the boys and the girls, but despite strong times from the Canes and Lady Canes, some of the competition was just a little better. LaGrange barely edged out the Cartersville boys with 38 points to Cartersville’s 46.

“It was a strong race. We came with all guns blazing, but they were just better than us today. You have to tip your hat to LaGrange,” Matherne said of the boys’ race.

The youthful Canes were led by sophomore Bill Archer in fourth with a time of 16:52 and freshman Alex Rios in fifth two seconds later. Max Florence placed 10th with a time of 17:12, Harrison Banks finished 13th at 17:27 and Parker Breedlove placed 14th at 17:36 to round out the scoring.

The girls, meanwhile, finished third behind Chapel Hill and LaGrange. Alex Machado posted a personal record with a time of 20:57, good for sixth; Vanna Beach followed soon after in seventh with a time of a 21:07; Alice Terry came in 19th with a time of 22:23; Trista Kelly finished 21st at 22:33; and Jaxiry Betancourt finished 24th at 22:48.

“Our girls, they ran personal records left and right, so there’s just nothing more you can do,” Matherne said. “Alex Machado broke 21 [minutes] for the first time ever. Vanna Beach ran low-21s. Alice Terry ran a strong race, especially in the second half of the race. And Trista Kelly shortly after that. … We were good top to bottom for the girls.”

Cartersville will next turn its attention to the state meet at the infamous course in Carrollton.

“State is kind of a special animal. You just have to be willing to run in the cold; you have hills to do deal with; it’s the most important race of the year. So that can mess with kids’ minds,” Matherne said. “Even though our boys and girls are fairly young, I think they’ll do better at state than against our region competition. I feel like we can compete at an even higher level than we did [Thursday].” 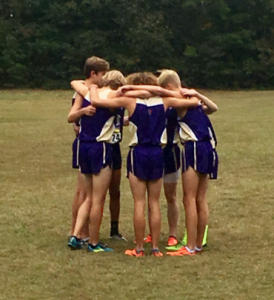 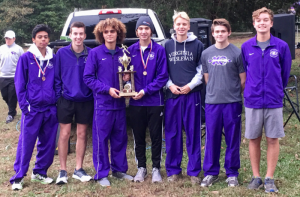 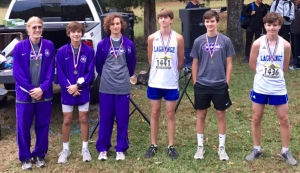 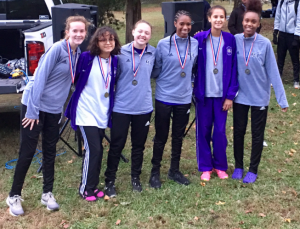 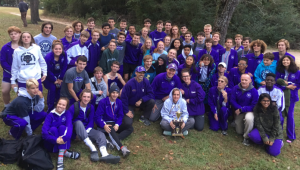 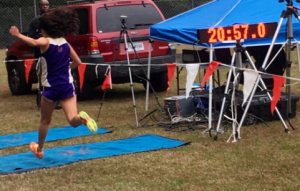 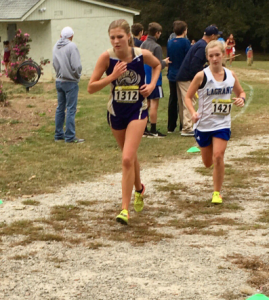