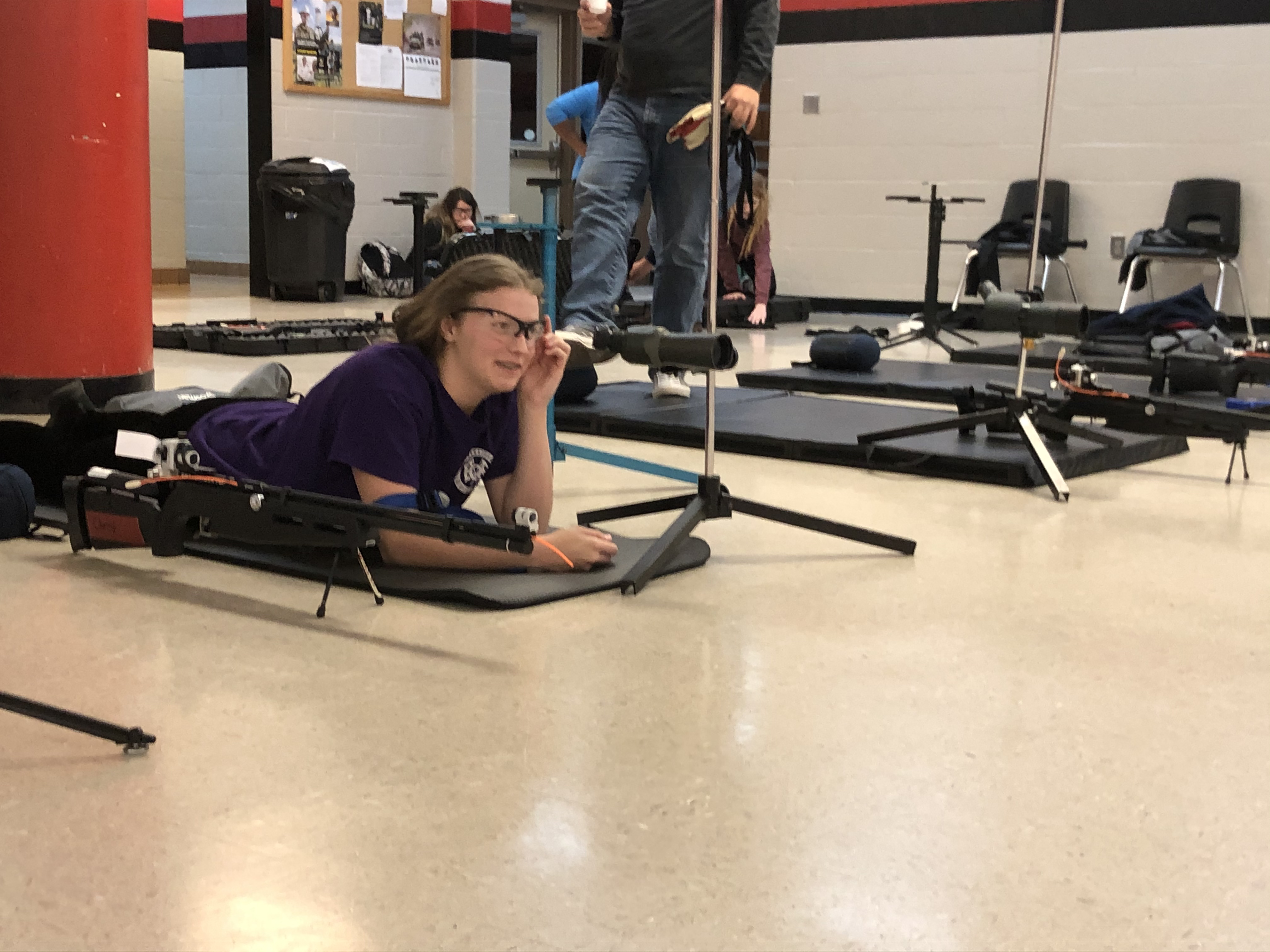 Athletes shoot from 3 positions – prone, standing, and kneeling at 10 bullseye targets at a distance of 10 meters. A perfect score is 300 (100 points per position.) Marisko, Pryor, and McNally were the top 3 scoring shooters for CHS, scoring 225, 204, and 203 respectively. For many of the students, the marksmanship instruction they’ve received in JROTC is the only time they’ve ever shot an air rifle or any rifle of any sort. Marisko is the only experienced competitor on the team having shot with 4H in the past.
The next competition is at Etowah HS December 10. We host our first match on January 13th here at CHS.